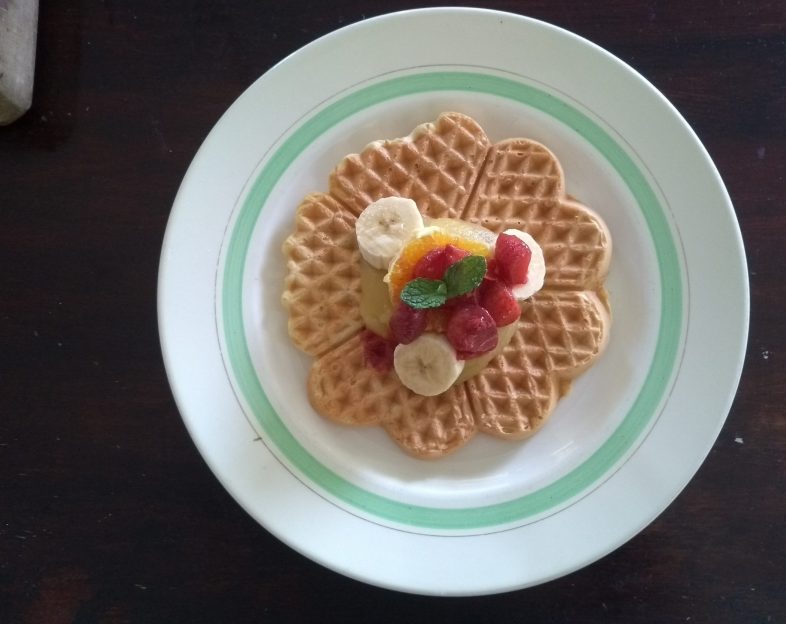 I’ve never found waffles particularly easy to make until now. What we want is crispy on the outside, fluffy on the inside, and how NOT to have them stick & split in the waffle maker. Be sure to read the tips below.

I’ve used half chickpea flour to increase the protein factor. It’s ok to make with all wheat flour. I’ve yet to try with all chickpea – that’s an experiment for another day.

I usually start by preparing the toppings. Our favourites are fresh made applesauce, heated berries, banana, coconut yoghurt and whatever other fruit is around. A few mint leaves are sensational!

For next level waffles ADD a handful of blueberries & pieces of dark chocolate.

Mix buttermilk, sugar + melted butter into flours. Use a spatular and don’t overmix. It’s ok to be a bit thick & lumpy.

Grease and heat the waffle iron. Have a warming drawer heating to keep the waffles warm while you finsih the batch.

Spoon in 1/2 cup of mixture to centre of waffle maker. No need to spread. Cook until there is NO STEAM coming out. It doesn’t matter if your maker says they’re ready. If there’s steam they’re still cooking. Be patient – it can be a little longer than you think. I wipe a little extra butter between waffles.

Have fun with your toppings! 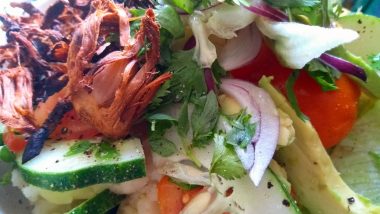 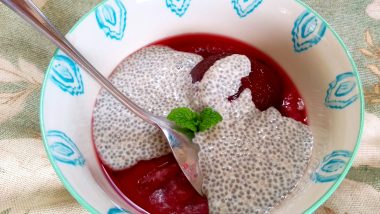